A veritable tourist institution of Paris, the Compagnie des Bateaux-Mouches® attracts millions of visitors every year...its success makes it the 4th highest yielding tourist attraction in the capital. 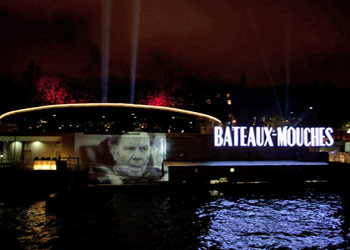 Jean BRUEL created “Bateaux-Mouches®” from a quirky idea that had a real ring to it: “explore Paris from its best avenue of them all: the Seine”. By purchasing one of the last steamboats, used during the universal exhibition of 1900, in 1949 he introduced a novel activity to the Seine: guided tours without stops, departing from a fixed port and returning to the same place. To promote his new endeavour, Jean Bruel arranged an avant-garde PR operation: On the 1st April 1953, during the inauguration ceremony of his new boat the “Jean-Sébastien Mouche”, the Minister for Transport of the time unveiled the bust of an illustrious, fictitious character, with the same name as the boat and introduced him as the creator of the famous Bateaux-Mouches®. 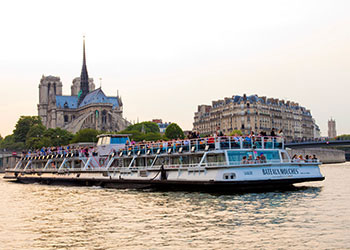 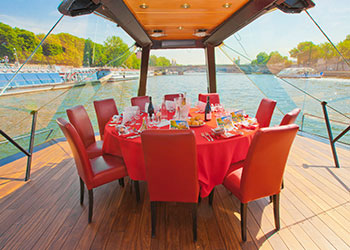 Compagnie des Bateaux-Mouches® is known for its quality of service and its expertise: A comfortable reception room awaits to welcome you before boarding for dinner and lunch cruises. All our tables are next to windows and offer a direct view onto the Seine and the monuments running alongside it. All our boats have open-air top decks, so you can enjoy some fresh air during the cruise whenever you wish. All our dishes are cooked by our own chefs using seasonal products in our boats’ modern kitchens. 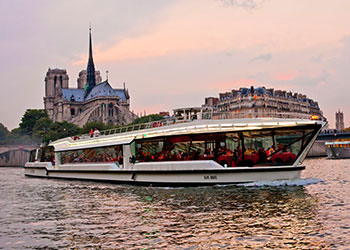 A company of the future

Compagnie des Bateaux-Mouches® is committed to protecting the environment and to sustainable development. The constant updating and renovation of our equipment and our fleet means we can strengthen our position as a leader in technological innovation, in navigational safety and in passenger comfort all whilst minimising our energy consumption levels. Some of our projects: Constructing 100% recyclable boats that run on clean energy in a bid towards a “zero emissions” fleet.